Bambos Charalambous MP I refuse to support a No Deal Brexit 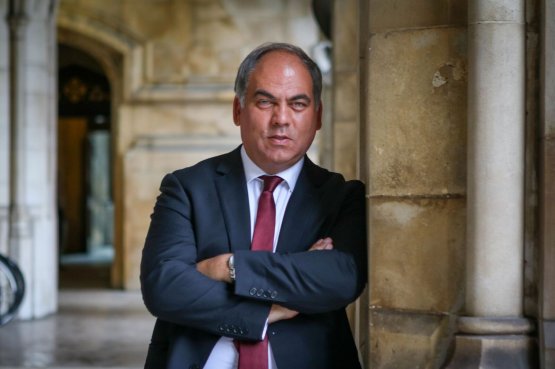 I refuse to support a No Deal Brexit

Brexit continues to dominate the news and Parliament. These are unprecedented times. Our laws are being tested to their limits, Parliament is being pushed to its limit and the new Prime Minister is stepping over those limits.

Even before its new occupants stepped over Larry the cat and walked through the famous shiny black door, Parliament could see this coming. Back in July, I was one of the MPs who voted to stop the new PM proroguing Parliament to push through a No Deal Brexit. But Parliament has still been stymied and while I love being able to spend more time in Enfield Southgate, I was also elected to attend Parliament to defend democracy, hold decision makers to account and to make the case for my constituents.

Just before Parliament was shut down, I voted in favour of our new law to stop us crashing out of the EU with No Deal. I firmly believe that a No Deal Brexit will be damaging for the whole country. After Parliament forced the Government to release the Yellowhammer papers, we now know that the immediate consequences could be a decrease in fresh food supply, rises in food and fuel prices, medicine shortages, lorries waiting at the channel crossing and businesses ceasing trade.
To put this in perspective - even Enfield's school meals provision is at risk - shortage in food supplies and rising costs could affect the food your children eat while at school.
The threat to peace in Northern Ireland is also finally laid bare in the Yellowhammer papers which state that the promise of ‘no new checks with limited exceptions’ could prove to be unsustainable. Not only is the new Prime Minister completely trashing the EU and the years of peace that it has achieved, he is now actively putting peace at risk in Northern Ireland.

Not everyone in Enfield Southgate voted the same way in the EU referendum. I have always been clear that, while I don’t think the EU is perfect, I support us remaining. My view is in line with 62% of my constituents who also voted Remain. Therefore, it is no surprise to anyone that I refuse to support a No Deal Brexit, but given the information that we now have about the huge risks, all MPs should be against such a reckless and chaotic No Deal exit.