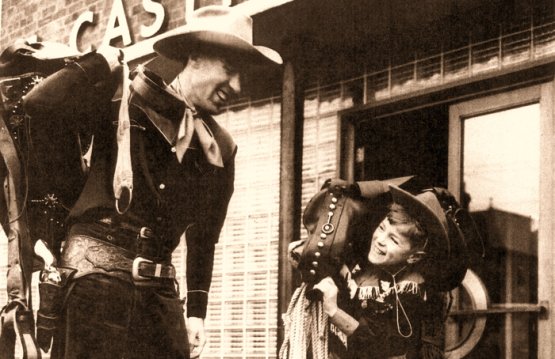 Warning - this story is not intended for the little children of today. It exposes the place where, once upon a time, Father Christmas used to get some of his toys for the good little boys and girls that have now grown up to be fifty or more years of age.

I am not going to name a toy shop, a place near the North Pole nor some other far off mystery hide out. It was somewhere quite near to where I live that had some sort of code letters – DCMT. This was a factory not too far away from Southgate town hall that produced many toys that went into Santa’s sack and on Christmas morning were to put glows of happiness into children’s lives.

The build up to this story is like a fairy tale because a one man business that started off in a large lock up garage by the petrol filling station forecourt of ‘The Bridge Garage’, 122 Green Lanes [now a concourse used for second hand car sales] making parts for hand grenades in 1939, was to become one of the biggest toy manufacturers in the United Kingdom.

Die-casting is a process by which a material like molten zinc alloy is introduced into a mould. The duo acquired an office above a nearby shop at 132 Green Lanes and in 1947 moved the factory into a building known as River Works, 152, Green Lanes right alongside the flowing New River.

They used various brand names but things really took off when they chose ‘Lone Star’ because of its connections with the wild west craze of the time and following a huge demand for their western cowboy products especially die cast metal toy pistols, rifles and cap guns. Many DCMT die cast toys and models had some plastic parts.

This was the time in my life when I was running around the streets of Palmers Green playing Cowboys and Indians with my mates and our Lone Star guns voicing “bang-bang you’re dead -but you can become alive again in five minutes.”

That was because we saw a cowboy shot in last weeks film at the cinema only for him [the same actor] to reappear alive and well in his next role. Of course my cinema idol of the time – was the masked Lone Ranger [a role normally played by Clayton Moore] with his faithful North American Indian companion Tonto [Jay Silverheals].

As a promotional gimmick, DCMT had their own cowboy. They sent staff member Roy Green out to California to “learn and perfect cowboy skills”. He then led the expensive Lone Star Roadshow in the early fifties under the name of Steve Larrabee.

These days there should be no place on the streets for guns, whether the real things, toys or replicas. But those ‘deadly weapons’ were only part of the company’s range of toys. They produced little model tractors, cars, vans, buses and toy soldiers depicting troops from around the world

In 1959 the company brought out ‘Treble-O-Lectric’ trains competing against the established trade names ‘Hornby’ and ‘Triang’. But the arrival of the road racing ‘Scalectric’ caused a nose dive in the sale of toy trains. Other Lone Star products remained in great demand so an additional factory at Hatfield, Hertfordshire was purpose built and a company at Welham Green was also acquired. In New York City the DCMT Sales Corporation was established and other companies in the group included International Junior Aero Club, Eaglet Industries, Angelino Arts and, believe it or not, the Father Christmas Workshop.

Weekly I continued to pass by the Palmers Green factory. The small forecourt always had a couple of the company’s vehicles being loaded up with boxes of their products either on their way to an airport for overseas sales or stockists the length and breadth of the British Isles.

But the time was to come when children wanted more sophisticated play things. In 1983 the group went into receivership but before then the Palmers Green factory had been sold off. In 1981 the premises were taken over by Chris and Sons a hairdressing and beauty products company. They are still there today, but strolling by with the festive season approaching; I imagine seeing vans being loaded up with toys rather than cosmetics.

The Lone Star range of toys is far from being forgotten. Many, in mint condition, together with their original packaging are collector’s items. There have been various exhibitions with hundreds of sample products on display. Local events have been held at Whitewebbs Museum of Transport.

I would love to hear from any readers that worked at the Green Lanes factory. I am sure that they would have a lot to add to my story. Meanwhile, I am up into my loft to play with my dusty toys.

Happy Christmas everybody: and keep up the good work Santa for all of us still young at heart.

On the last Sunday of each September an annual Lone Star toy and model collector's exhibition is held at Whitewebbs Museum of Transport www.whitewebbsmuseum.co.uk Whitewebbs Road, Enfield, En2 9HW