A condensation guide for homeowners 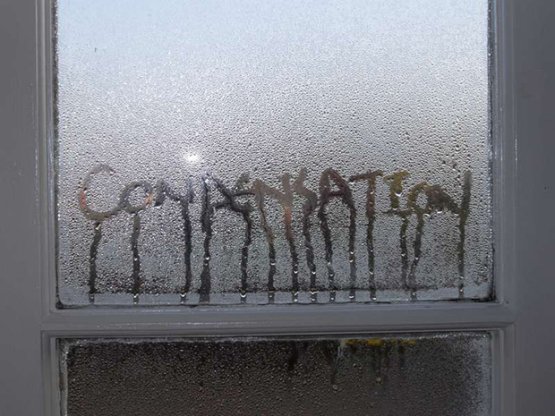 A condensation guide for homeowners

Condensation is the most common form of damp and occurs when moist air condenses on cool surfaces such as windows and walls. The most common time of the year for condensation to occur is during the colder winter months when there is a significant temperature difference between the air inside your property and the air outside it. The reason for this is because the cool air outside is what makes the windows and walls cooler than room temperature. When moist air condenses on cool surfaces such as walls and windows, condensation is then formed. In most cases, condensation is caused by everyday activities such as bathing, showering and cooking – this is because the moist air is unable to escape.

Obviously you can’t stop perspiring or breathing, but it’s important that you take into consideration all of the other activities that generate water vapour such as bathing, showering, cooking and drying clothes. When possible, the water vapour that is generated by these activities should be extracted to the outside of your property. For example, when you have finished taking a bath, make sure that you open your bathroom windows to let the moist air out.

By doing this, the amount of water vapour in your homes atmosphere will be reduced which will significantly reduce the chances of condensation. Even if opening your windows just cools the air it can still help to reduce water vapour. If you find it hard to practice adequate extraction, using a domestic dehumidifier is an effective way to reduce the amount of water vapour suspended in your homes atmosphere.

Another approach is to combine good insulation levels with constant dry heat. Because the constant dry heat will increase the temperature of surfaces, it will reduce the chance of condensation forming and improve the atmospheres ability to support water vapour. In short, good insulation will increase the likelihood of wall surfaces being above dew point temperature and prevent water vapour from being deposited as condensation.

·         Consider using a dehumidifier to reduce the amount of water vapour suspended in your homes atmosphere.

·         Improve ventilation or add extraction fans in rooms that have high moisture such as the bathroom and kitchen.

·         Keep furniture at least three inches from walls so that air is allowed to circulate at the back.

·         Make sure that any pipes are well insulated, the better the insulation levels, the less chance of condensation forming.

·         Make sure that you dry clothes in a room that has adequate ventilation. If you aren’t doing this at present, consider relocating your dryer.

·         Open the windows after you shower or take a bath; this will allow the moist air to be extracted from your bathroom.

·         When cooking meals or boiling water, make sure that pans are covered with a lid.

·         Close bathroom and kitchen doors when using them, this will prevent moisture from reaching the other rooms.

The most common sign of condensation is water streaming down the inside of windows; this is particularly prominent in the morning. Condensation can show itself in a number of ways, which is part of the reason why it’s misdiagnosed so often. Another common sign is mould which can be just about any colour, with the most common being black.

As a result of condensation in the bathroom, you will often see small black dots, this is mould. Mould is very unsightly and can lead to severe structural damage if it’s not treated. Mould can grow on pretty much any surface, but its most commonly found on walls and ceilings, behind curtains, and behind wardrobes and furniture. Other signs of condensation include water pooling on the inside of windows or on the window sill, rotting of material, peeling of wallpaper and an unpleasant musty smell.

This article was written by David Frederick from Protectahome