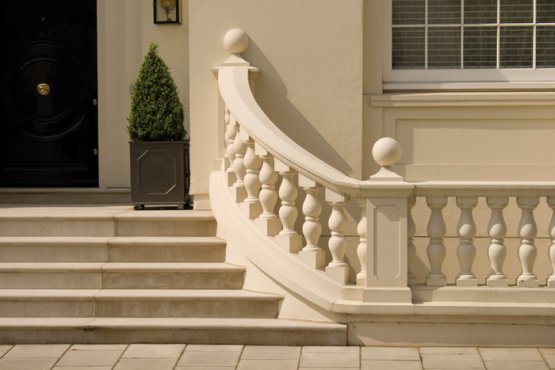 Labour’s proposal for a so-called ‘mansion tax’ would be an unfair levy to impose, according to nearly four in ten people, despite the fact that the tax would affect less than one in 100 properties, a new poll by Rightmove reveals.

At last month’s Labour Party Conference in Manchester, Labour insisted that it would introduce a mansion tax, an idea initially proposed by the Liberal Democrats, should the party win the General Election in May 2015.

“We’ll do it in a fair, sensible and proportionate way, raising the limit each year in line with average house prices and putting in place protections for those who are asset-rich and cash poor,” the Shadow Chancellor Ed Balls said in his speech.

Less than 1 per cent of all residential properties currently listed for sale on Rightmoveare priced at over £2million, and of those 72 per cent are located in London, with 16 per cent in the South East. Yet, some 38 per cent of 2,700 respondents to the poll felt that the introduction of the tax - a policy that Labour see as being a vote-winner - would be unjust.

Just over half of people surveyed - 52 per cent - think it would be fair to introduce the tax and the remaining 10 per cent did not know.

“In spite of the extra tax burden being likely to affect less than one per cent of home owners, they have the support of nearly four in ten who would avoid the tax but obviously dislike the principle,” said Rightmove Director, Miles Shipside.

If the mansion tax is introduced, Shipside believes that those sellers who have had their homes valued at over £2million will need to lower their expectations on the deal they will be able to secure, in the same way stamp duty bands affect asking prices.

He continued, “Whilst it [mansion tax] could help raise funds for other causes, according to our survey there are a large proportion of people who wouldn’t be affected by it who still think it’s unfair. It isn’t something that is going to help boost home ownership, and other policies that could be considered are scrapping stamp duty for first-time buyers, and far more wide-reaching commitments to build a lot more houses.”

A number of people working within the property industry have voiced their concerns regarding the proposed mansion tax.

Lawrence Hall of Zoopla (left), said, “The introduction of a mansion tax would disproportionately penalise homeowners in London and the South East who are already responsible for the vast majority of property tax take in the UK.

“With more than 100,000 homes to be affected by this new levy, it is somewhat misleading to call it a ‘mansion tax’ when many three bed family homes in London and the South East would find themselves caught by it.”

As featured in our October Palmers Green & Southgae LIFE magazine Janan Thomson is a Partner of St James’s Place Wealth Management with 17 years of experience working as a Financial Planner. Janan, based in Winchmore Hill, provides financial planning, support and advice to help clients implement their financial goals.

If you are worried that this tax could affect you home in Southgate N14, Palmers Green N13 or Winchmore Hill N21 and want to take some advice contact Janan on 07568 321207 or email jan.thompson@sjpp.co.uk www.jananthompsonwealthmanagment.co.uk