Keeping you safe this year by Chief Inspector Neil Billany 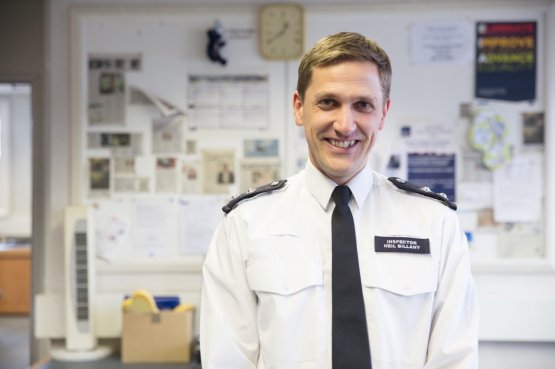 Firstly can I start by wishing everyone reading a Happy New Year. 2019 represents a significant year for Enfield Police as we merge with Haringey to become the North Area.

While some aspects of your police will change the core basics uniform policing – that being Neighbourhoods and Response will remain locally based within Enfield and you should see little difference should you have to contact us in coming months.

To touch briefly on a couple of issues affecting this area, firstly the sad burglary of Mr Gouldstone in Evesham Road in early November which, ultimately led to his death. We are still seeking witnesses to this violet robbery and information as to who is responsible. Sadly burglaries are a feature of London life, however in the vast majority of cases no suspects are seen, let alone threaten or use violence. Detectives in Enfield remain focused on this investigation and our thoughts remain with Mr Gouldstones’s family.

Secondly we are aware of reports of drug dealing in and around Green Lanes. The local ward team has increased patrols and have made the significant arrest of a young man for dealing cocaine and cannabis. This man has now gone to ground and is wanted, however since his arrest local businesses have reported a decline in crime and anti-social behaviour so despite justice pending with regards to the drug dealing charges the main fact is the area has improved since we took action.

As always I finish by pointing out that this is a relatively safe part of London and remains a nice place to live and work. With the challenges of violent crime in other parts of Enfield you may not see as much of the police as others, however please rest assured that your local ward teams are dedicated specifically to you here and remain your first point of contact for low level crime and anti-social behaviour.