Anthony Webb estate agents are located in the heart of the Palmers Green community in the centre of the high street. Since 2000 we have helped thousands of local residents and landlords sell and rent their homes. We pride ourselves on getting to know the community, working with local schools, charities and action groups in Palmers Green, Southgate, Winchmore Hill and the surrounding areas. If you're thinking about moving to Palmers Green or Southgate this magazine is a great resource. It has gone onto reinforce our commitment to the community in the aim to enrich the area and bring people together. Our magazine is distributed for free to over 12,000 local homes and is also available at sites of special interested across Enfield as well as online.

Latest issue: How Britain was unprepared for World War Two 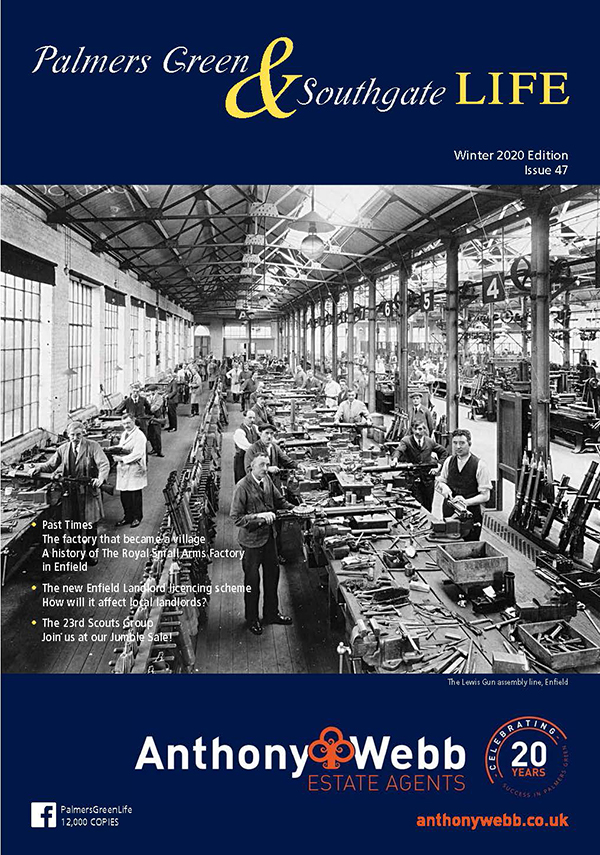 Our very own Gin Distillery in Palmers Green Autumn 2018

November 2016 - The Minchenden Oak in Southgate

Want to know how much your home could be worth?

"We approached Anthony Webb having received their free community magazine. They were very professional with great service all the way."

"I felt that Anthony Webb's Staff were approachable, friendly and very professional. I would recommend them."

"After receiving the Anthony Webb Palmers Green & Southgate LIFE magazine I decided to give them a call. Their staff are enthusiastic, persistent and quickly sold my home"

"We bought and then sold our house through Anthony Webb and they were helpful and supportive throughout the entire process. They really know the area and offered good advice. Both Martin and Umar worked hard to ensure we were updated every step of the way and even helped to manage our large dog for viewings. Thank you!"

"Selling a property is never easy, however with Martins help I found the transition very smooth. The communication was very good and I would recommend Anthony Webb "