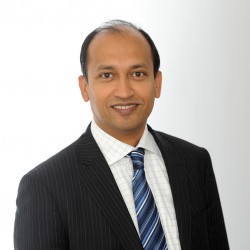 The Leasehold Reform (Ground Rent) Bill is set to come into effect within the next six months with gradual changes being implemented over time. The changes are coming into place in an attempt to address the issue of tenants (Leaseholders) having problems when seeking to sell, re-mortgage and buy their freehold or extend their leases due to unaffordable ground rents.

The Act will effectively abolish ground rents on all new long residential leases (long leases are those with a term longer than 21 years) that are granted for a premium. There will now be no financial value to any new ground rents, as annual ground rents on these new long leases will be restricted to a token peppercorn (i.e. nominal consideration, used to satisfy the requirements for the creation of a legal contract).

It is yet to be announced as to when the main provisions of the Act will come into effect, however it is expected to fully commence within the next six months. Ground rent will be removed from the date of the variation for any existing leases. In connection with lease extensions that are agreed outside of the statutory provisions, ground rent cannot be increased above the amount charged under the existing lease.

There are types of leases excluded from the Act, which include business leases, statutory lease extensions of houses and flats, community housing leases and home finance plans. The Act will also not have an effect on any leases granted under contracts entered into before the Act comes into force. For retirement homes, introduction to provisions will not begin until at least 2023.

Trading Standards will monitor the Act and will be able to enforce fines in the region of £500 - £30,000 for failing to comply. Any ground rent received in breach of the Act must be returned within 28 days of the demand for payment.

Many house builders have already adapted by no longer imposing ground rents, with anticipation of being in accordance with the Act. There could be a problem for those continuing to charge rents under current schemes, as some properties on a development having been sold on market ground rents and others not. Buyers looking to purchase leasehold property still need to pay attention to the ground rent provisions in existing leases.

Fariz Uvais is a consultant solicitor at Fahri LLP based in Whetstone North London. With a modern and forward-thinking approach, their team of highly qualified legal experts are all committed to giving you the very best advice and exceptional service. Fariz is on hand to answer your legal queries, please send your questions to Fahri LLP, 1268a High Road Whetstone, London N20 9HH or by email to fariz@fahrillp.com.