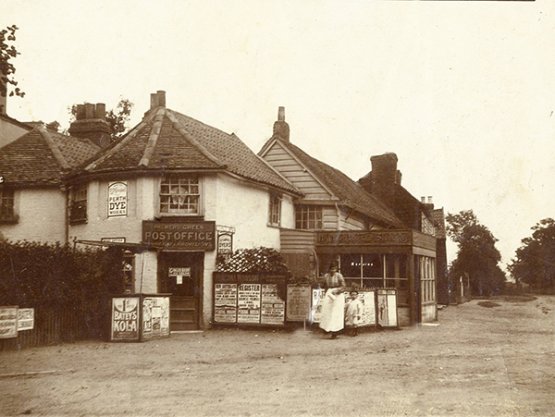 In the early years of Palmers Green village, a small charming two-story cottage stood on the corner of Hazelwood Lane and Green Lanes. Established in 1864, it served as the Post Office and General Store with its attractive pantiled roof, splayed corner entrance, and billboards usually propped up against the white picket fence. At the time, Palmers Green was still a quiet and peaceful hamlet and the demands on its services were far from pressing. As the area started to develop and its numbers increased, the Post Office was moved in 1904 to The Triangle. The sorting Office remained for a time at Hazelwood Lane. Then, in 1907, a new single-storey Sorting Office was built on the same site as the present Post Office building, opposite Fox Lane.

In 1931 the Sorting Office was demolished to make way for a grand, new, combined Post Office and integral Sorting Office. Typical of many interwar buildings of the era, with its traditional red brick facade, it would now be described as Neo-Georgian in appearance, a popular architectural style of the early 20th century. At street level, three arched metal windows each sit within a decorative Portland stone surround. Beneath the middle window is an attractive cast iron ‘Posting Box’, which is sadly no longer in use, having been replaced by a red pillar box in December 2018. 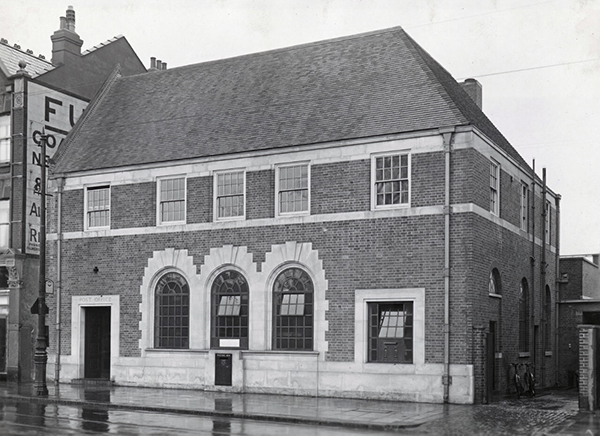 With the rise of email and electronic banking having reduced the need for many existing counter services, numerous Post Office closures have taken place in recent years, yet Palmers Green, now in its 89th year, has always managed to escape the cuts and still serves its original purpose, for the same company that it was built for, an increasingly rare feat for buildings of this age. 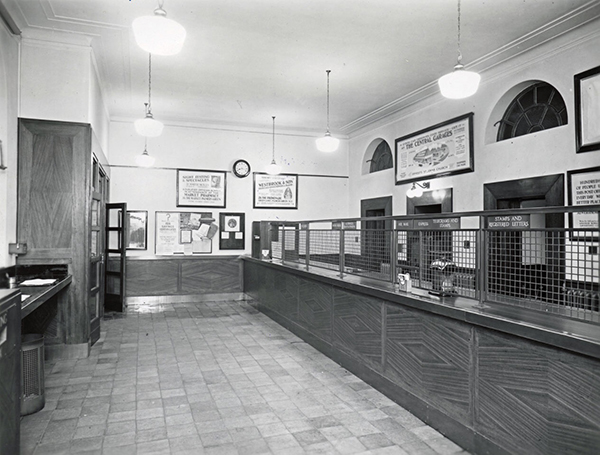 None of its original internal features remain today. © Royal Mail Ltd, Courtesy of The Postal Museum.

More recently, a local community business, Stitch! can also be found within the Post Office building. It offers a variety of sewing and crafting classes and drop-in sessions to suit all ages and skill levels. To find out more visit, www.stitch.org.uk