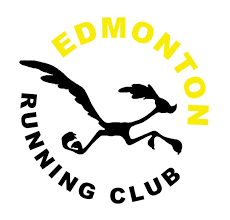 London 1981; Brixton riots, Spurs win FA Cup, 1st ever London Marathon and with it the start of the jogging boom

Originally formed in a shop in Bounces Road, Edmonton, the club is celebrating its 40th year of running in 2021.  Over the intervening years, along with a few changes of venue, a change of borough and a subtle name change to recognise we are now runners, Edmonton Running Club is now based in Winchmore Hill at the Hazelwood Sports Club.  Some of our original founders are still members and still running.  Many of the impressive club records are held by the early members of the club from the 80s– 31:20 for 10k anyone?

Whilst much has happened in those 40 years what hasn’t changed is our passion and enthusiasm for running be it for the fitness, the racing or simply the camaraderie.  We thrive on being a friendly and inclusive group with a welcoming atmosphere rippling through the club.  We are serious but always have fun, whether it be a gruelling hill rep session, or drinks in the club bar afterwards.

Our much lauded Run the River (RTR) 10k takes place every October.  We try to encourage as many local runners of all abilities to enter. With a grandstand finish on the track at the Lea Valley Athletics centre, medal and T-shirt what’s not to like.   You are sure to spot our bright RTR T-Shirts in and around Enfield and beyond. For more details check out https://www.edmontonrc.co.uk/contents/1652-run-the-river-10k.

We meet Tuesdays and Thursdays on the streets and trails in the surrounding area. On Sundays we venture further afield, usually running around Whitewebbs Park.

So, don’t think you could run 10k, let alone a marathon? then why not come down to the club and try us out for a while on our Tuesday runs.  Just email us at enquiries@edmontonrc.co.uk or visit the website at https://www.edmontonrc.co.uk and who knows you could be part of the journey of the next 40 years of Edmonton Running Club!