Children learn Greek through music and movement at Asterakia! 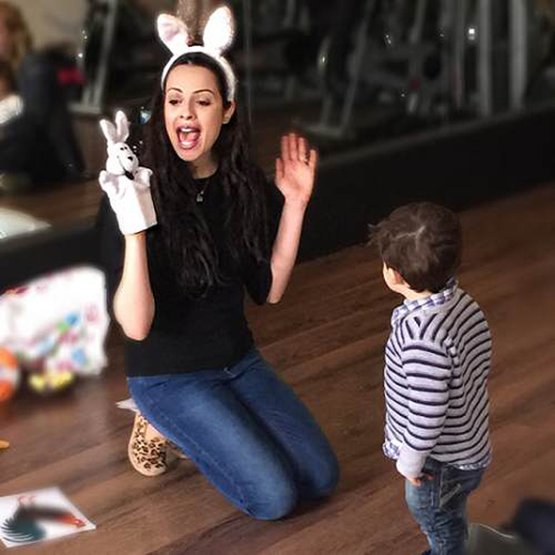 Where did you passion for music develop? Growing up in Cyprus my love for music started at the age of 7 when I started learning the piano. At the age of 18 I studied Music at Aix-Marseille I University in the South of France. After 4 years I moved to London to earn my Master's in Performance Singing from Kingston University and then went on to work as a professional opera singer, while performing in London and other European cities. For the past 10 years, I have worked as a Music Coordinator teaching children from the age of 0-11 in schools and children centers.

What was the inspiration behind Asterakia?The idea of creating a fun musical class in Greek came to me after the birth of my first daughter Ariana. When she was around 14 months, I realised that she could understand the Greek language but was responding in English as she was attending nursery from the age of six months. It was then that I realised the difficulty of raising a child in a bilingual environment. For that reason I tried to find different ways of teaching her the Greek language through fun games, nursery rhymes, and traditional tales with puppets. In December 2016, as part of my New Year's resolution, I started putting everything on paper and I created the structure and the first unit. The name "Asterakia" is the Greek word for 'little stars' and is inspired by my very own little stars Ariana and Lydia. Music is always a lovely way of engaging with my two daughters and spending constructive and educational time together. Ariana's favourite song is To Gourounaki (Little Pig) and Lydia's I Koukouvagia (The Owl).

Tell us more about your classes.Asterakia is a 30 minute fun music and movement class which enables each child to learn the Greek language and culture. Asterakia is suitable for 0-6 year olds and our themes are designed to enable babies and small children to listen and imitate animal sounds, the sounds of instruments, story time, and the sounds of adults singing and humming in Greek all of which engages them in their learning of the Greek language.

Classes are held in Winchmore Hill and Palmers Green

Spaces are already limited as there are no other similar classes available locally, to reserve your space please visit Asterakia on line at www.asterakia.co.uk emailinfo@asterakia.co.uk or call Eleni on 07981 810380.