Cycle Enfield, was it a waste of money? 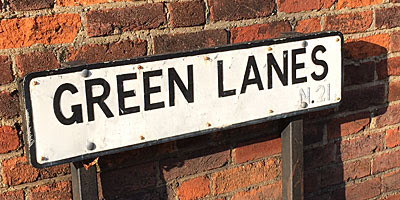 3rd May 2018. Why is this date significant? It is the date of the Local Government Elections covering London Boroughs (including Enfield), Metropolitan Districts, Shire Districts and Single Tier Shire Districts. Irrespective of what political party you support I would urge you all to go out and exercise your democratic right. Local elections take place once every four years, so for many readers this may be the first time they are voting. In deciding which party to vote for it is of course vitally important that you consider the track record of the party in office (in Enfield currently Labour) and what the opposition parties have to offer. Turning to the white elephant known as “Cycle Enfield”, this issue has generated more complaints and division within our local community than any other issue over the last 8 years. I have received complaints from residents, many of whom profess to be cyclists themselves, pedestrians, public transport users and drivers. The common complaint is that the cycle lanes are dangerous and not user friendly. I recently witnessed a verbal altercation between a driver and a cyclist at the downgraded Palmers Green “triangle”. The motorist’s complaint to the cyclist was that he was not using the cycle lane. Before the argument got too heated I interjected and informed the motorist that there was no legal requirement for the cyclist to use the cycle lane. I did however then enquire as to why he (the cyclist) was not and to which he replied “they (the cycle lanes) are too dangerous, I used it a couple of days ago and got knocked off my bike when someone in a parked car opened the door as I rode past, I’ll be using the road, it’s safer”. The cyclist’s comments I believe sum up the whole scheme; dangerous, unusable and a waste of money. Turning to the financial aspect there is also a lot of misinformation about the source of the finance for the scheme. I understand from local residents that some members of the Labour Party are informing them that the funds come from TFL and not the local authority. This is totally untrue, this is a jointly funded project and the local authority has and is putting several million pounds into the scheme. The scheme was also planned, designed and built by the local authority and not TFL. If I had been in control I would have certainly not have spent your money on the cycle lanes but would have looked to renovate Broomfield House. You may have also noticed recently a significant number of “green bikes” appearing like algae in our streets and pavements recently. These “Urbo bikes” (as they are called) are dock less bikes which you can hire and simply drop off anywhere. They are currently on trial and if you have any comments or observations please let your local councillors know. Personally I think they are dangerous as they can be left anywhere (until collected and re-docked) and make our street scene ugly. They have already been withdrawn following trials in several towns France and Belgium. A “Green Elephant” perhaps? On a personal note, after 16 years representing Winchmore Hill Ward I will be stepping down as a Local Councillor (Conservative). It has been an honour and privilege to represent both the residents of my own ward and the people of Enfield. As a local resident and business owner I will soon be on the other side of the fence holding the local authority and local councillors to account