Don't get caught out, make sure your deposits are protected 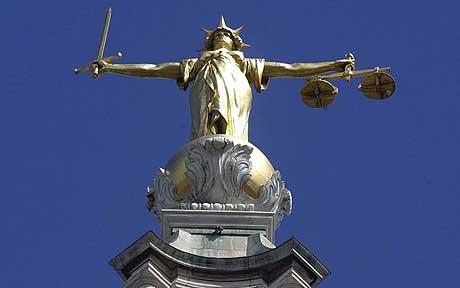 By this I mean deposits (for assured shorthold tenancies) which were taken before 7 April 2007 which is when the tenancy deposit regulations came into force.

At that time it was generally believed that if a landlord had taken the deposit before 7 April 2007, he did not need to protect it, unless he gave a new tenancy agreement to the tenant after 7 April 2007.

Based on this advice (which included government guidance) many landlords allowed tenancies to continue as periodic tenancies, specifically so they would not need to protect the deposits.

1. When the fixed term expired after 7 April – Superstrike

This is what had happened in the 2013 case of Superstrike v. Rodrigues, which was a claim for possession based on s21. The landlord believed that he was in the right by not protecting the deposit but to everyone’s surprise the Court of Appeal disagreed.

The only way this could happen, they decided, was by way of a notional payment of the deposit back to the tenant and then repayment by the tenant to the landlord for the new tenancy.  At this point, the regulations would apply to the deposit (as it would have been ‘paid’ after April 2007) which meant that the landlord should have protected the deposit and served the prescribed information at that time.

The landlord was therefore found to be in breach of the regulations and he lost his case.

The result of this case was that every landlord in this situation found himself, to his surprise and horror, to be in breach of the regulations.

This was generally considered very unfair, as these landlords (who had followed advice and been told that they were compliant) were then unable to use section 21 without refunding the deposit back to the tenant first, and were vulnerable to a claim by tenants for the penalty payment.

2. When the fixed term expired before 7 April – Charalambou v. Ng

In this case, again, the landlord had failed to protect the deposit (because he didn’t think he had to) and then served a section 21 notice.

The Court held that although the landlord had done nothing wrong in not protecting the deposit, the regulations specifically say that for section 21 to be used, the deposit must be protected before the section 21 notice is served.

The landlord had not done this and so his claim for possession failed. However his tenants would not be able to claim the penalty for non compliance with the regulations, as he was not otherwise in breach.

How the Deregulation Act 2015 deals with these issues

1. Landlords have been given a period of 90 days from the coming into force of the act on 26 March 2015 to rectify the situation.

So if you are in this position you need to

protect the deposit and

2. The act confirms the view taken by the Court of Appeal in the Charalambou case. This means that NO section 21 notices can ever be served unless the deposit has first been protected and the prescribed information served.

However these landlords are not in breach otherwise and tenants cannot sue them for the financial penalty.

It has taken a while, but landlords who were paid deposits before 7 April 2007 who found themselves affected by the Superstrike decision, are now safe1, provided they protect the deposit, and serve the prescribed information before 23 June.