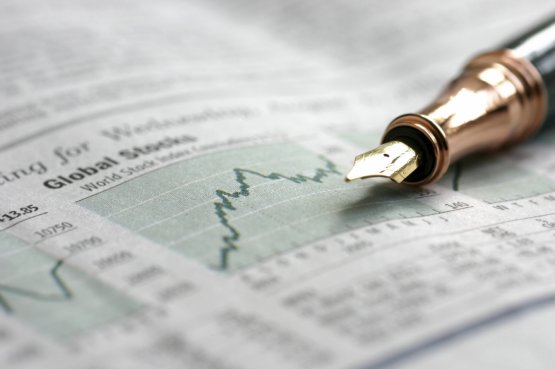 Chancellor George Osborne sprung a welcome surprise on investors and savers in his Budget in March, with the most far-reaching changes to the tax-free Individual Savings Accounts (ISA) since its launch in 1999. From 1 July, the ISA annual allowance was raised to £15,000 and the previous restrictions on cash holdings within the tax-free wrapper were lifted. The new rules coincide with the biggest review of the pension system since 1908, when the reforming Liberal government of the day laid down legislation to help to provide for Britons in old age. More than 100 years later, the Coalition is championing individual investors who wish to plan for long-term wealth and retirement, with choice and flexibility the watchwords of their 21st-century reforms.

The changes in the Chancellor’s ‘Budget for savers’ make ISAs look even more attractive for the 2014/15 tax year and beyond - and confirm their central place in Britain’s increasingly liberalised personal finance landscape. The new ISA allowance represents an increase of more than a quarter from the £11,880 limit introduced at the start of the tax year in April. Whether an individual has invested the previous maximum in this tax year and now can put away a further £3,120 or now has £15,000 to shelter from further tax, the new rules represent a sizeable increase in the individual tax-efficient saving allowance by any measure. For couples, the Budget changes present the opportunity to pool as much as £30,000 in ISA wrappers in this tax year – a tidy sum to set aside towards a couple’s long-term financial plan.

From the start of July, the old limit on the amount of cash that could be deposited in an ISA each year – which in April was £5,940 – has been scrapped, and the new limit of £15,000 applies to both cash and stocks and shares holdings. Essentially, ISA savings can now be held in any combination of stocks and shares or cash that an individual wishes, offering choice and flexibility to build a portfolio and to reflect people’s differing, and changing, appetites for risk. Although new subscriptions from the beginning of July can be split in any proportion between Cash and Stocks & Shares ISAs, individuals will still only be able to pay into a maximum of one Cash ISA and one Stocks & Shares ISA each year.

The fundamental benefits of the ISA as a vehicle to create future wealth have received a long-overdue boost from the changes. Rightly, the government believes the rise in the allowance and its decision to scrap the cash limits will make the system neater and less confusing. Whether an individual wants to build an investment portfolio for retirement, to pay for school or university fees for children or grandchildren, to cover the cost of care for elderly parents or relations, or for other financial goals, the rule changes have added to the flexibility of ISAs and will further enhance their popularity among British investors and savers.

Since the Budget announcement, public attention has focused on the increase in the amount of cash that can be held in an ISA. Certainly the new £15,000 allowance and rule changes mean an increase of two and half times in the amount of cash that can now be held in an ISA. However, as Britain’s long-suffering savers are all too aware, cash deposits have offered dire returns over the five years that the Bank of England has held the base rate at 0.5%. Although Mark Carney, the Bank’s governor, indicated at his recent Mansion House speech that rate rises could happen “sooner than markets expect” – which, for now, has been broadly translated to mean this year rather than next – he has emphasised that any increases will be “gradual and limited”.

The reality of a slow and incremental increase in the base rate is that returns from cash deposits are likely to remain negligible. Since the start of the new tax year, Britain’s lenders have been locked in a competitive spiral of rate cuts that have squeezed deposits even further, to stem a rush into their best-buy products. Furthermore, the present level of returns on the majority of cash savings is not sufficient to protect their value from inflation. Barely half of the Cash ISAs on the market currently achieve this goal (source: Moneyfacts – June 2014); not what savers might expect from the most tax-advantaged home for their cash.

However, the new flexibility to hold cash has effectively re-fitted the Stocks & Shares ISA into an even more versatile investment vehicle, providing individuals with a safer haven to ease concerns about short-term market volatility. Certainly, the previous restriction on the ability to shift money out of investments and into cash was a disincentive to lock into the potentially higher long-term returns offered by the stocks and shares element of ISAs. But savers who shied away from Stocks & Shares ISAs can now take advantage of exposure to stock market returns, and the potential to maximise the long-term benefits of the allowance by utilising all of the tax reliefs on offer, in the knowledge they have the freedom to transfer at any point.

Alongside the changes to UK pensions from April 2015, the new ISA rules broaden the planning opportunities available for Britain’s savers and investors. Admirably, the coalition government has reinforced flexibility and choice for ISA investors and savers; although the giveaway comes at little initial cost to the Treasury in the run up to the 2015 general election, as the parlous returns from Cash ISAs mean the tax savings are marginal. Cleverly, long-suffering cash savers have been appeased without, for now, the prospect of any real gain as interest rates linger at sub-inflation levels. The July changes will give many a welcome opportunity to top up their tax-advantaged investments, or reconsider how they put aside money for the creation of long-term wealth.

Remember that the favourable tax treatment given to ISAs is subject to changes in legislation and many not be maintained in future.

Jan Thompson Partner of St James’s Place Wealth Management, is based locally and is inviting local residents in Southgate, Palmers Green and Winchmore Hill to discover the simple yet highly effective steps you can take to preserve and protect your wealth. Preserving and protecting your wealth surgeries are being held locally by appointment on 7th & 8th January 2015 from 10-5pm. All surgeries last appox 40mins and are held in the strictest confidence and without obligation.