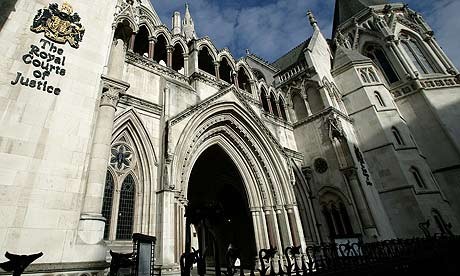 The High Court has today quashed Enfield Council's additional and selective licensing scheme, which would have applied to all private rented property in the borough.

In his handed down judgment, His Honour Judge McKenna said that "the implementation and operation of an unlawful designation is a continuing unlawful act". He found that Enfield Council had failed to consult the persons who should have been consulted (including in the 6 surrounding boroughs) and did not consult for the required time. At the end of the hearing at the Royal Courts of Justice, HHJ McKenna refused permission for Enfield to appeal against the decision.

Constantinos Regas is the landlord of just one property, which is in the borough. He brought the case against the council after repeatedly speaking against the proposals at council meetings. Most recently he spoke at the Council's cabinet meeting of 12 November, where he warned councillors the council's cabinet that a judge had already found that part of the scheme was "arguably unlawful" and that they should not go ahead with it.

Speaking after the judgment was handed down, Mr Regas said "I have always maintained my view that good housing standards are a human right. But Enfield Council have not gone about this the right way. They have accused tenants of being antisocial and have sought to criminalise landlords for tenants' behaviour. The Council have now been found acting unlawfully. The Council's Cabinet and senior officers have demonised tenants, defiled democracy and disgraced themselves. They threw good money after bad in defending this case, despite me putting them on notice in June that they were not acting properly. The citizens of Enfield should welcome the resignations of the entire cabinet and senior officers."

Mr Regas initially represented himself. At the final trial he was represented by Jonathan Manning and Justin Bates, both of Arden Chambers. Mr Regas thanked his many supporters for their financial and practical support, as well as local MPs David Burrowes and Nick de Bois. He also said that he will be taking steps to encourage landlords to improve housing standards in the borough, with a further announcement to be made in due course.

Tony Ourris, Director at Anthony Webb said "We have been behind this campaign from day one, the idea of the Licensing Scheme is draconian and one which we feel is impossible to enforce. We have worked hard to rally local landlords in Palmers Green, Southgate and Winchmore Hill, holding meetings at our offices with Mr Regas to make sure everyone is aware of the possible ramifications. Together we had amassed considerable funds to fight the case.  We congratulate Mr Regus on his efforts and success. We will continue to closely watch the Councils reactions on the case"

The history behind the case can be found HERE