House Prices In Newham, Lewisham, Enfield Rising By More Than 16% A Year 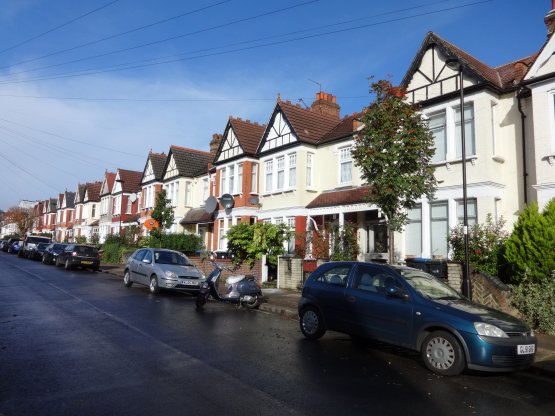 House prices are still increasing at an alarming rate, according to new figures from the Land Registry. Annual growth in house prices across London for the year to April 2015 was 10.9%, and up 2.3% between March and April. The cost of an average home in London is now £474,544, compared to £179,817 in the rest of the country. That’s over two and a half times more expensive.

We noted recently that rents in outer London are starting to catch up with rents in inner London, as higher prices ripple outwards. While actual house prices in, say, Barnet and Bromley aren’t on a par with Hammersmith and Fulham and Camden, the rate at which the traditionally cheaper areas of London are rising is worrying. The annual house price increase in Newham was 17.2%; in Lewisham it was 16.4%; Enfield was 16.3%; Bromley and Harrow rose by 16%. Compare these to increases of 4.4% in Kensington and Chelsea, and 6.4% in Westminster.

Some predictions are that house prices are set to rocket now the election’s over and people know that virtually nothing will be done to increase house building at a rate that could seriously affect prices, and no new property taxes. Estate agents are reporting the market has become: “much more free-flowing, with energised buyers”. We’re not so sure about this analysis. The annual increase in house prices has been slowing down since a peak of 20.7% in August 2014, but is still higher than at any point between August 2010 and December 2013. If it takes off again, we’re all screwed.

Yet there are still some people who think rising house prices are a good thing. “Discover the capital’s fastest-rising property stars, where average house prices are booming,” declares a subheading in the Evening Standard’s Property section, which at this point might as well be renamed the ‘buy to let investor’ or ‘do you have a bunch of spare money lying around doing nothing’ section. When a buyer needs a deposit of around £13k (5%) to buy an average home in Barking and Dagenham (the cheapest in London) with monthly repayments of around £1,400, calling ‘booming’ areas ‘stars’ is just sickening.

If you are considering selling your home in Palmers Green now is a great time to call us. We are always happy to offer advice if you are unsure whether to move or extend. Getting a valuation on your property can be a get way to start thinking about your options.