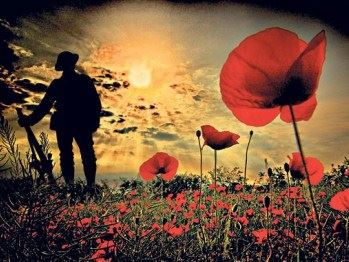 Community leaders including the Leader of Enfield Council, Cllr Doug Taylor, Cabinet Member for Community Organisations, Cllr Yasemin Brett, the mayors of Enfield’s twin towns of Courbevoie and Gladbeck Serges Deses Maison and Ulrich Roland, as well as veterans from the armed forces and members of the public will attend the event from 2pm.

The event will feature speeches, poetry readings and musical performances of songs from the period, along with ceremonial wreath laying and the unveiling of a special memorial plaque arranged by the Friends of Broomfield Park.

Cllr Doug Taylor, said “It is only right and proper that we remember the start of this awful conflict which brought industrial warfare to the world for the first time and resulted in the slaughter of millions of people around the globe. It is important to remember the terrible events which were sparked on August 4 1914 so we can learn from the mistakes of history and try to prevent them from ever happening again.

“This event will be an opportunity to remember the people who made the ultimate sacrifice and lost their lives in the service to their country during the four years of conflict but also to reiterate our commitment to our European friends in Courbevoie and Gladbeck.”

Enfield is running a number of events to mark the anniversary of WWI:

- Paving stones are to be laid in two Enfield streets where VC winners were born, and further work done to recognise other VC recipients;

- The council is a arranging a floral display for a commemoration / memorial display for the start of World War 1 (WW1). This will be in Broomfield Park. The Parks Team are also planning some events with partners.

- The library service ran a ‘CityReads’ event where the theme this year was WW1 with a graphic novel activity in the museum space. There were also displays throughout the period of the conflict to highlight notable events including in three libraries in August to commemorate the outbreak of the War.

- The museum service is running an ‘Enfield at War 1914-1918’ exhibition in the Dugdale Centre until January 2015 with activities for all ages and the production of two books of local interest. They are also working in partnership to create a WW1 work pack for schools funded by The Enfield Society.