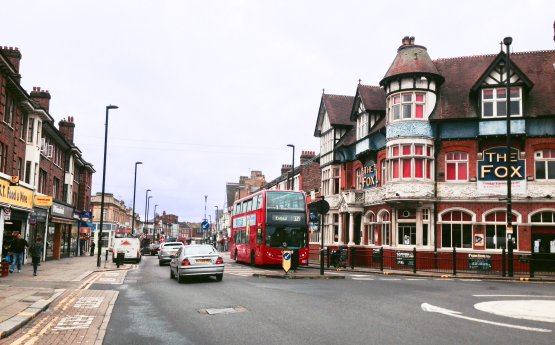 It seems an age since the General Election and the months that have passed since I last contributed to Palmers Green and Southgate Life. It is though the first opportunity I have had to thank readers who voted for me to be MP again, and to assure everyone, regardless of who they voted for, that I am committed to serve you and be a strong voice for our community.
Since June there has been no shortage of elections with both Labour and Lib Dems deciding upon their new leaders, and away from politics there is a constant flow of TV shows giving the public a chance to vote for their favourite singer, celebrity or act. On a light hearted note, I should not miss the opportunity to mention that my dog Cholmeley will again be on the election trail to be the "Westminster Dog of the Year" and promote my responsible dog ownership campaign. During the General Election Cholmeley did seem at times more popular than his owner, so he is no doubt looking forward to taking a lead role in the campaign!
On a local level there is an opportunity for the public to have their say on the plans for cycle lanes along Green Lanes. The plans have been exhibited and are now open for feedback via cycleenfield.co.uk. Whether you are a supporter or opponent of the plans there is no doubt that the £30 million scheme is the most significant transportation project for Palmers Green and the A105 corridor including Enfield Town.
Given the scale of the project and its impact it is a surprise that the Council is not more widely and directly consulting. The proposed changes in road layouts and junctions will affect constituents far beyond Green Lanes and the A105. The ambition is for all the borough to be changing their transport behaviour and making greater use of cycling. Council taxpayers will also be topping up the Mayor's award with several million pounds. When the Council plans to introduce changes to bus stops or a controlled parking zone, consultation takes place directly with affected residents and the results are carefully analysed before proceeding. However this far larger more significant project does not involve the Council directly asking each household whether they agree with the plans or not.
I am therefore planning to fill the gap in consultation by hosting 3 public meetings along the affected route and inviting as many constituents as possible to attend. 17th September at 8pm at the United Reformed Church, 77 Compton Road, Winchmore Hill N21 3NU; 22nd September at 8pm at The Intimate Theatre, 521 Green Lanes Palmers Green, N13 4DH and 28th September at 8pm at the Revival Christian Church, 47 London Road, Enfield EN2 6DS.

Over the next month I will be out and about on my bike seeking your views about the plans, so do stop me when you see me. Check out my website or facebook for details of where I will be. I am also writing to everyone in Palmers Green, along with neighbouring wards seeking your views on the plans. I will then communicate the results to the Leader of Enfield Council and the Mayor of London. I am clear in my mind that there needs to be strong local community backing for the cycle lanes to proceed. I will do my best to impress upon the Council and Mayor to also be clear and let the public decide. Please check out my website for further details about the cycle lanes consultation...and of course to vote for Cholmeley!
www.davidburrowes.com