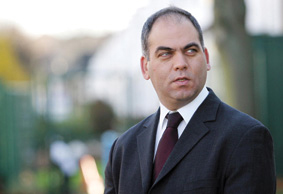 With over 70 schools in the borough whose buildings are the responsibility of the Council to maintain there is an ongoing cyclical programme of repairs and maintenance for Enfield’s education department. Unfortunately the demand for works far outstrips available funding and there is often a waiting list. One of the less well reported functions of a local authority is bringing money into Enfield via other bodies. Sometimes that involves making applications for funding from different sources including Government departments. This includes making applications for funding for improving and repairing school buildings.

One such funding programme was called Building Schools for the Future (BSF) but in early July 2010 one of the first things the incoming government did was scrap the BSF programme. In Enfield this meant that 4 secondary schools, including Broomfield and Highlands which were scheduled for refurbishment and rebuilding works totalling £101million had their schemes cancelled.

A new schools building programme was then introduced by the present government called the Priority School Building Programme. Once again this required applications to be submitted and it was made clear only schools that were ‘exhibiting major defects’ or had buildings that were ‘life expired’ would receive funding.

I am pleased to say that on 12 February 2015 it was announced that four primary schools in Enfield had been approved for the funding and one of the successful schools is Walker primary school. Walker will now have a complete rebuild of its’ dilapidated buildings. Having had the pleasure of a tour of the school and seen first hand the poor state of some of the buildings it is no surprise that the bid was successful. Bizarre as it may sound the Council will not have any direct dealings with the rebuilding works which will be co-ordinated centrally by the Government’s Education Funding Agency (EFA) but it’s great news for the school and its pupils.

Whilst I congratulate the Council officers and school staff and governors who put together the successful bids, there is however, a sting in the tale. One school which was unsuccessful in the Priority School Building Programme was Broomfield Secondary School. As you’ll recall Broomfield was due to have a big refurbishment as part of the BSF programme in 2010 until it got cancelled. It seems a real travesty of justice that a school that was deserving of works in 2010 was deemed not to need improvements five years later. Everyone knows that the environment you work in does make a difference to your ability to concentrate and to do your job properly and so it is very disappointing that the staff and pupils of Broomfield will yet again have to endure far from ideal conditions in their place of work and study.

Schools should be state of the art, purpose built buildings with high tech facilities which will properly allow the learning that our children need in order for them to compete for the jobs of tomorrow. We have a moral duty to ensure that all children receive the best education they can get in the best environment so that they can have the best start in life. It shouldn’t be left to chance.