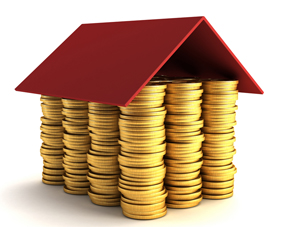 The first rise in interest rates since the wake of the financial crisis may come sooner than expected, the Bank of England governor Mark Carney has warned.

Carney hinted that they could rise before the end of the year, amid growing concerns about a housing bubble. Carney also warned that the housing market is now "the greatest risk to the domestic economy".

The need for internal balance, to use up "wasteful spare capacity" while achieving the inflation target of two per cent, will "likely require gradual and limited interest rate increases", he said. "The start of that journey is coming nearer."

Chancellor George Osborne has also announced new powers for the Bank of England to restrict mortgage lending. "Does the housing market pose an immediate threat to financial stability today? No, it doesn't. Could it in the future? Yes, it could, especially if we don't learn the lessons of the past," he said.

Osborne announced new rules to increase the supply of housing by encouraging building on brownfield land and new powers for the Bank to impose limits on the loan-to-income ratios for mortgages.

"I say today, very clearly: the Bank of England should not hesitate to use these new powers if they think it necessary to protect financial stability," he said.

Osborne has not set a level for any cap, but Carney suggested he is unhappy with banks lending some customers four or five times their annual salary.

According to the Council of Mortgage Lenders, the average first-time buyer borrows 3.46 times their salary. Some banks, including Lloyds Banking Group and Royal Bank of Scotland, have voluntarily capped lending at four times salary for mortgages over £500,000. Bank of England figures, released this week, showed the number of higher-risk mortgages increased in the first three months of the year.

If you are applying for a mortgage condsider the following

1) Check your spending levels and what you spend on; reduce your non essentials and this will improve your affordability rating.2) Pay off as much debt as possible as these will be taken into account. Don’t go over your overdraft limit.3) Suspend your saving and pension contributions for six months before applying.4) Check your credit report for mistakes. Improve your credit score such as being on the electoral roll.5) Only provide information that is relevant to your application.