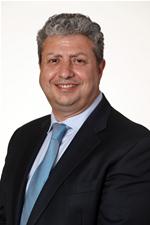 Firstly may I take this opportunity to wish everyone a Happy New Year and hope you all had a good Christmas. On a positive note to start the New Year the cycle lanes in Palmers Green are now nearly complete (despite numerous corrections and modifications to faults in the original design) and the temporary traffic lights and road closures gone. On a negative note however the predicted traffic building up behind buses and bus stops is slowing traffic down and I personally have seen many irresponsible drivers taking risks and overtaking the buses when there is oncoming traffic. As a result of the increased number of traffic lights, crossings, extended bus stops some drivers have taken to use minor residential roads and are avoiding Green Lanes altogether. In addition our once wonderful iconic Palmers Green Triangle has been reduced to a glorified traffic island. This now leads me on to the recent Quieter Neighbourhoods “Consulta tion”. If this is the first time you’re heard about the “consultation” then I’m afraid I have bad news, the consultation ended in November 2017. Whilst there is much to the scheme that warrants merit, such as 20mph zones, it also proposes the installation of speed humps, road narrowing, no entry points and new one way roads. This will lead to a significant loss in the number of parking spaces available in these roads. Both I and numerous others, including local resident associations, requested that the “consultation” was premature as Cycle Enfield works were still being undertaken and traffic patterns not fully established. I also requested that the consultation period be extended and that Council Officers agreed to a Public Meeting with residents for a Q & A session. The response was a simple “NO”. It therefore looks like this is simply another fake consultation from the London Borough of Enfield and that the ruling administration will simply impose its will (again). Sadly a few more shops have closed down in Palmers Green, including Starbucks, which was a destination for many of us needing a coffee fix. There are rumours that others may also be leaving, with some blaming the effect of the loss of parking along Green Lanes and the loss of footfall. I hope the rumours are untrue and that the vacant shops are also let as soon as possible. I would encourage everyone to use our local shops as much as possible, I certainly do. Finally could I take this opportunity to warn all local residents that there have been a number of break-ins and attempted breakins in the area with one of them resulting in a resident being attacked with a screwdriver and requiring hospital treatment. I would urge you all to ensure you keep all your windows and doors locked and if possible install security lights, alarms and CCTV.