The Cherry Tree by Gary Boudier 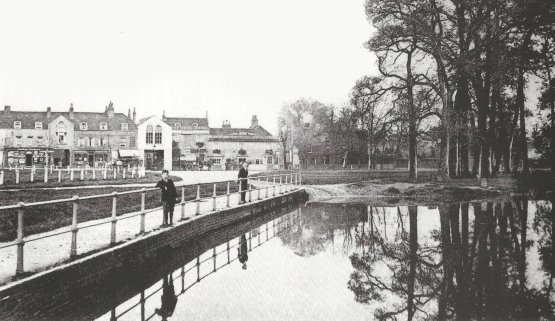 As featured in our May 2016 Palmers Green and Southgate Magazine

Information in this article is based on a book written by local historian Gary Boudier. Gary also runs a popular historical facebook group called Enfield Past & Present in Photos.

The Cherry Tree is one of the oldest Inns in the area and is thought to date back to the late sixteenth century. Over the years it has seen many changes to its façade, at one time it had 17th century weather boarding, 18th century brickwork, 19th century windows and 20th century porches and extensions. One thing remains, its position in the community as a great meeting place. 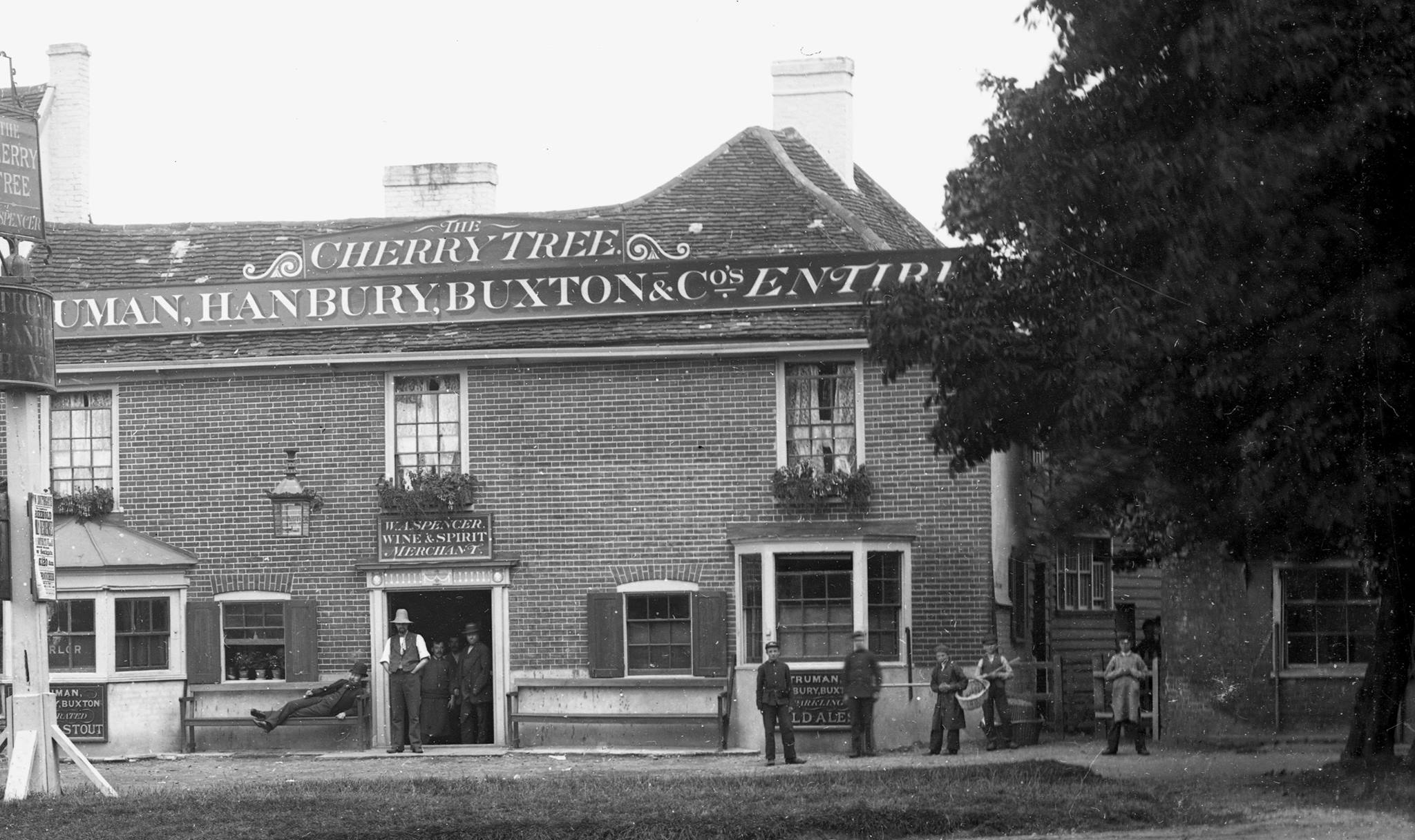 It was noted for its skittles alley, a traditional pub game played with nine pins, and was used by several friendly societies, the first being the Loyal Britain society, which met there from 1800 to 1833. The Inn was an important post coach inn; coaches would drive through the entrance on the left into the courtyard for their passengers to disembark and enjoy refreshments and overnight accommodation whilst the horses would be stabled ready for the coachmen to resume their journey north the next morning.

During the 1860s it was a favourite destination for east end traders, they would make their way to the inn for tea in the gardens, and at the same time, pigeon shooting matches would be arranged. Captain Wade, a retired sea captain who was landlord in 1888, was responsible for planting a cherry tree on the ‘island’ in front of the building after being confronted by a customer who had wanted to see the 'cherry tree' that the inn was named after. The tree stood for 57 years until, in October 1941, it was blown over by a gale.

A well known character in his day was blind Phillip Irish the Ostler who looked after the horses at the inn. It was claimed that he could name the owner of the horse by running his hands over the animal’s head. He was in great demand on foggy nights because he knew the district so well that customers would ask him to guide them home, he also went to the train station to guide passengers home for a small fee, it was noted the he could earn up to £3 a night, a job he retained for over 20 years.

In 1895 the owner of the inn, George Bolton, sold out to the Highbury Beer Co. They in turn sold the freehold too Taylor Walker & Co. in 1920 another famous local connection as the Walker family lived at Arnos Grove just down the lane.

By 1897 Henry Bray was the new landlord, he established and ran a well-known local horse bus service, as the first motor bus service to the village did not arrive until 1912.

In the latter part of the 1890s the interior was simple, but had character. The assembly rooms next door were also owned by the Cherry Tree and after meetings the patrons would retire to the inn for a drink. At the time these were the only public rooms in the village. To the rear two new long rooms had been built side by side, the left was a billiard room, whilst the right was a billiard and lounge room. Selborne Hall was to the rear left-hand side. And behind this was the bowling green which continues to operate to this day.

It soon earned a reputation as meeting place for the older generation where pleasant gatherings of interest occurred. During 1927 Taylor Walker disposed of their interest in the inn and received a consideration of £55,141.

Over the years the rear of the Cherry Tree is where changes have been most conspicuous. In January 1947 the inn was gutted when a fire broke, repaired and remodelled internally by 1972 the Saddle Room was built onto Selborne Hall, with the front bar being named Stocks Bar and the saloon named as the Anvil Room, with the restaurant becoming The Forge. A few years later during 1978 the inn had improvements undertaken at a cost of over £80,000 this included Selborne Hall, The Forge Restaurant, The Saddle Room which was an ancillary function room and the Selborne Bowling Club. Selborne Hall could seat about 200 people it had its own bar, foyer and cloak room. The forge restaurant was eye catching for its old fashioned fire place containing an open grill and surround, the old anvil and the bellows. A kids wacky warehouse occupied Selborne Hall for a time before it was demolished and replaced by a Travel Lodge.

There are few more quintessentially English experiences than supping a pint of ale in a centuries-old public house, where the walls could tell you stories, do pop in for a pint.