What does the future hold for Broomfield House? By Cllr. Bambos Charalambous 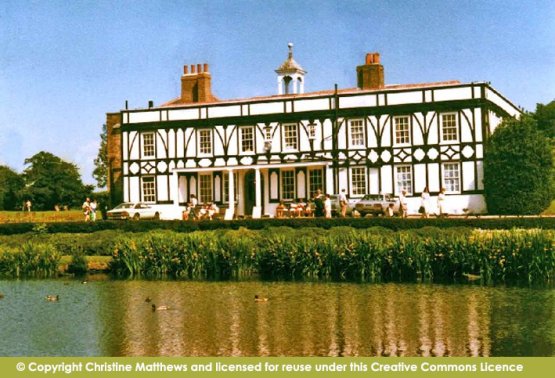 I was at secondary school (Chace Boys Comprehensive) when the first fire at Broomfield House happened in 1984. The initial fire did limited damage but subsequent fires in 1993 and 1994 ravaged the House leaving the building in a perilous state. Luckily some of the most prized features of the House such as the Lanscroon murals were removed and safely stored by the Council.

Since 1984 there have been various attempts to find a solution to the restoration of the House. There have been plans to turn the restored building into a pub in Broomfield Park, plans for a banqueting suite and wedding venue and more recently the Mayor of London sought to turn the remains of the building into sheltered housing. All these schemes failed to materialise.

In 2003 the House featured on the excellent BBC series Restoration where it was head to head in public vote with two other South East sites in desperate need of money to bring them back to their former glory. Sadly the House lost out.

Recent bids to the Heritage Lottery Fund (HLF) supported by the local community were also unsuccessful. The cost of restoring the House has been put at approximately £6 million and this sum has been verified by HLF and independent auditors.

Anyone who attended the Palmers Green Festival in Broomfield Park on 7 September cannot have failed to notice the stark contrast between the vibrancy and the buzz in the park with the towering eyesore of charred remains and scaffolding of what is left of Broomfield House. There is also concern that if nothing is done soon then there will be little left to restore. It is for this reason that I have been tasked with bringing together a Broomfield House Partnership Board supported by the Council to look again for a solution to this problem. The Board will draw on the expertise of local groups and stakeholders in the House and the park along with local residents, council officers and others who will be able to suggest ways forward for Broomfield House for the long term. The Partnership Board will consider the present condition of the House and consider a number of options as a way forward which could involve further bids to the Heritage Lottery Fund and investment from other sources.

I would also welcome any views that people locally may have about what needs to be done for the House. The main parameters are that the restored building must have community use, be cost neutral to the Council and be of benefit to park users and the members of the wider community.

The first Partnership Board meeting is likely to be early in November so let us hope that we can find a solution and put to bed one of the thorniest local issues more many years.