Young Palmers Green scouts selected for a trip of a lifetime 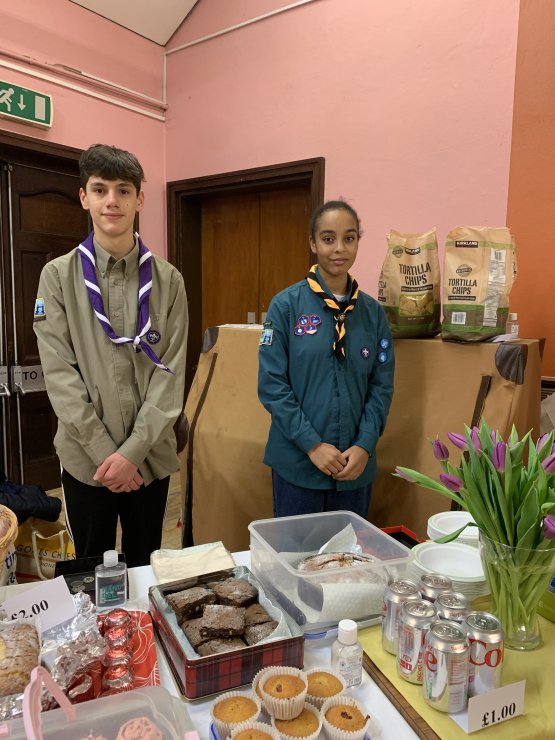 Oliver Heaviside and Tilly Wenham are two of the 3,240 young people that have been selected from the UK to join 50,000 young people taking part in the World Scout Jamboree.

The Jamboree is a skills, cultural and adventure festival taking place in the sensational and scenic South Korea. The pair will be meeting thousands of Scouts from nearly every country in the world – sharing their skills and learning new skills from others. They were selected because they demonstrated leadership skills and scout values. The skills they learn will help in all aspects of their lives, as well as campaigning for change on key world issues that matter to them.

In preparation for a ‘roarsome’ time ahead, young people from the UK Contingent have adopted a logo featuring a Siberian tiger, the national animal of Korea. They have named the tiger ‘Chingu’ a word that means ‘friend’ in Korean.

Between now and July 2023, Tilly and Oliver will attend training camps and team building events, preparing them for living on the hot and humid site in SaeManGeum, Korea.  They will also be working towards raising £4,100 each to help send other young people from a diverse range of backgrounds and countries.  The money raised will be used for those less able to afford the full fee, both here in the UK and from developing countries. So, watch out for them over the next 18 months as they test their baking skills, wash cars, organise raffles and yard sales and set themselves some personal challenges!  They recently helped at the 23rd Scouts annual quiz where they ran a successful cake sale, as well as keeping tabs on the scoring!   Finally, a big thankyou to the 23rd Scout Group for donating a healthy portion of their raffle funds to support them both.

If you would like to contribute and help sponsor Tilly (20th Southgate Scouts Group ) or Oliver ( Red Barons ESU ) or both, you can do so here: